CREATIVITY: A FADING SPARK WE MUST REIGNITE

When I was a kid, art was my favourite toy. As soon as I was old enough to hold a crayon, I could be seen hunched over a colouring book, creating my latest masterpiece. A few years later, when I had graduated from crayons to pencils, a sketch book became my accessory of choice.

This is all to say that art has been in my life from the day I was old enough to use a crayon. Growing up, I was lucky to have my creativity nurtured at home and in school. My high school art teacher recognized my passion for art, exposed me to its application in the advertising world and, ultimately, encouraged me to pursue a career in it. Fast forward 30 years and here I am, a creative director who gets to flex my creative muscle every day in the fundraising and marketing worlds.

Unfortunately, my creative journey is the exception. These days, most people – particularly children – aren’t encouraged to be creative. In fact, it’s the exact opposite. We live in a world that is designed to limit and even diminish creative thinking. This isn’t just a personal hunch, it’s a fact that’s been proven in scientific studies – a phenomenon so well documented that it’s been dubbed “the creativity crisis”.

When I first came across the term “creativity crisis”, I thought it was a joke. Working with non-profit clients dedicated to social, environmental and international issues, I usually see the word “crisis” applied to things like conflict, climate change or poverty. I had never seen it used to characterize creativity. But the more I read, the more I realized the crisis is no joke.

It’s real, and we should all be concerned.

A commonly cited study that proves the crisis exists has been written by Dr. Kyung-Hee Kim, a world leader in creativity research. She analyzed more than 270,000 American children and adults who completed a test known to be the gold standard for measuring creativity[1]. The results showed that creativity rose from the ‘60s to the ‘90s but has been declining ever since. Even more troubling: the decline was “most serious” among children from kindergarten to grade six.

One of the main causes of this creativity dive, said Dr. Kim, is a shift in the approach to education. Before the ‘90s, there was a greater focus on encouraging curiosity, risk-taking and non-conformity. But in the ‘90s, schools started to prioritize standardized testing, which promoted rote memorization, conformity and competition.

The outcome of all this is downright depressing. The childlike wonder we’re all born with, the constant need to know why, to play, to imagine and to think differently, is being ironed out of us from a very young age. This is no less than a crisis because we need creativity to find solutions to the challenges we face on individual, communal, national and even global levels. Creativity helps us solve problems and develop better products, services, organizations, communities and countries.

Whether you’re an artist, a scientist, a CEO, a politician, or a marketer, you need creativity to succeed.

Now that you have the bad news, I can give you the good. Although there are strong forces working against our creativity, we can – and must! – push back against them. As someone who has been engaged in creative work and leading creative teams for years, I have a few tips for how you can do it.

Get inspired and informed

Block off time to look at other creative work. Do it proactively on a regular basis, rather than reactively when you need to come up with ideas for a specific project. This will help build a memory bank of ideas and approaches that you can draw from. It’s not about copying other work, but knowing what experts are doing in your field, and learning what makes an idea exceptional or not.

It’s a common myth that creativity is a mysterious talent that you either have or don’t. Like anything else, it’s a skill that anyone can build with practice. Try coming up with five ideas in five minutes on any subject. They don’t have to be good, but the process alone will get those creative synapses firing.

Bring in fresh eyes and minds

You can’t underestimate the power of the collective, which brings diversity of thought and opinion to your project. Even if you’re working on something alone, it helps to ask someone removed from the work what they think, or what they would do differently. This will inject an alternate perspective that could lead to a better result.

Dr. Seuss wrote Green Eggs & Ham after a bet that he couldn’t produce an entire book in under 50 words. In the same way that necessity is the mother of invention limitation is the mother of innovation. You might think that starting with a blank slate is creatively ideal, but the opposite is true. Create parameters for your project that help to focus your creative energies.

Tired is good, sleepy is better

I used to think that jamming through the night was such a pain. But I soon found out that creativity flourishes when our minds are less focused and begin to wander. A tired brain can enter a magical space where zany and novel thoughts start to creep in. You can also take advantage of the period just after you wake up – your “hypnopompic state” – where you often have vivid images and thoughts lingering from your dreams.

A lot of our creativity comes from our own experiences and exposure to the world around us. So, get out of your comfort zone and make yourself vulnerable. Take a class, read a book or go to a lecture on something you know nothing about. Plan a trip and go off the beaten path. Not only can you get inspired, but studies prove that when you do something new and step outside the norm, creativity improves.

The thought of coming up with something completely new and original can be intimidating. But the truth is that no idea is truly original. Creativity is about making connections between existing ideas and things you already know. Building on my point above, you are the sum of your knowledge and experiences, so the more you absorb, the more connections you’ll make to ideate and innovate. It is the connection between seemingly unrelated things, or the less obvious that make an idea fresh and new.

Chatter and laughter in my creative department make me very happy. Ambient noise is proven to increase creativity, so try not to complain when the people around you are being too loud. I like to work in a coffee shop for that very reason. And, if talking or coffee grinders are too distracting, keep your headphones handy and listen to music that puts you in “the zone”.

There’s no denying that exercise can improve your creative thinking. A Psychology Today[2] article says that sweat “lubricates your brain and makes your thinking more fluid.” So next time you consider skipping a run, tell yourself it just might spark your next great idea.

The word “crisis” can feel too overwhelming for any one of us to overcome alone. But I believe we can start to reverse the trend if each of us makes a deliberate effort to nurture creativity within ourselves, our families, our schools and our workplaces.

I truly believe we all have a creative spark. Don’t let yours fade away.

20 for ’23: The 20 questions fundraisers are asking, and the answers that will shape the future of philanthropy in 2023 and beyond
Sustaining growth is the biggest concern on our minds right now. After the years of increase in prosocial behaviour seen...
Read More
Digital Fundraising Donor Experience Fundraising Strategy General Hot Topics Insights & Analytics Market Research 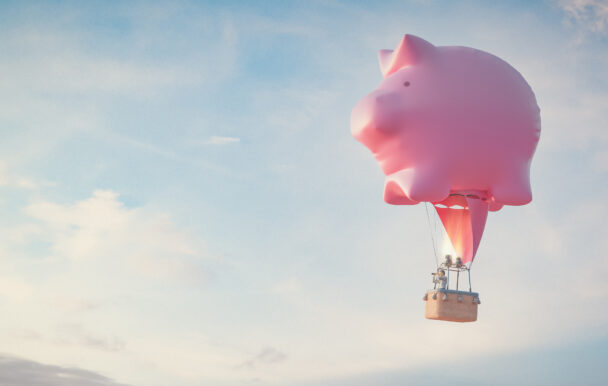 The Case for Stability in a Time of Anxiety
Should fundraisers be worried about today’s economic uncertainty? From pain at the pumps to global conflict to pandemic confusion, 2022...
Read More
Donor Experience Fundraising Strategy General Hot Topics Insights & Analytics Market Research 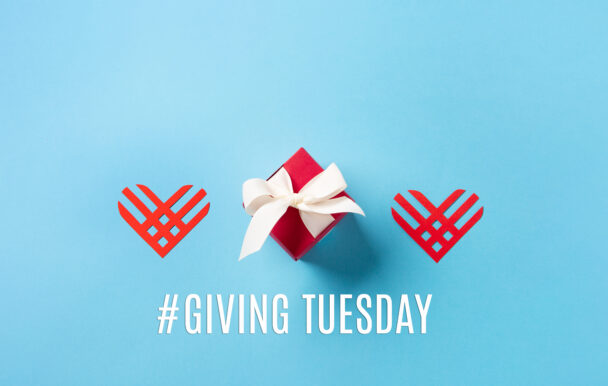 Giving Tuesday: A Day for Change, A Chance to Grow
The Thanksgiving season is nearly here – with an emphasis on the “giving.” Conceived a decade ago as a counterpoint...
Read More
Creative Digital Fundraising Donor Experience Fundraising Strategy Hot Topics Integration
Back to Blakely exchange
/
Prev
Next